Three members of Team Ireland have been awarded Bronze medals at the 49th International Chemistry Olympiad in Thailand.  Nearly three hundred students from seventy six countries took part in the Olympiad.  The competition involved both practical and theoretical tasks in Chemistry, spanning all aspects of Organic, Physical, Analytical and Inorganic chemistry.  The Irish students performed well in the laboratory work and were able to tackle complex theoretical problems.

The Ireland team were:

These students were selected on the basis of two selection rounds in DCU over the last 6 months. Since completing their Leaving Certificate and A-levels, the team have been participating in a full time training schedule in DCU tackling specific topics in Chemistry with expert staff.  During the training programme, the students worked very well as a team, supporting and challenging each other in their preparation for the competition in Thailand.  This is a very important aspect of the training, as the team members rely on each other’s support when at the competition.  Carrying out laboratory work efficiently and accurately in temperatures of 35oC and a humidity of about 80 % with no air conditioning is not an easy task!  Nevertheless, the team showed excellent concentration and commitment on the day, not stopping until their 5 hour practical examwas completed, even though they were encouraged to take a break for drinks and snacks in order to avoid cases of dehydration and exhaustion.

Ireland has participated in the International Chemistry Olympiad since 1997 (with the exception of 2016) and up to now has achieved 17 Bronze Olympic medals and 2 Silver Olympic medals as well as 8 highly commended awards. Now that number of Bronze Medals increases to 20.  Not since 1999 have Ireland achieved such a number of awards in the one year.  This indeed is a remarkable achievement for the students, their teachers, mentors and lecturers.

Many thanks to the staff from the School of Chemical Sciences who have assisted in preparing the team, namely: Professors  James Walsh, Anthony Reilly, Emma Coyle, Mercedes Vazquez, Pat O’Malley, Apryll Stalcup, Vickie McKee and Odilla Finlayson and the technical support provided by Aisling McCarthy and John McLoughlin. Many thanks to all the Schools in Ireland who participated in the National IrChO competition and to their corresponding Chemistry teachers for preparing their students so well that they can successfully compete at such high international level. Also, we gratefully acknowledge financial support from the Department of Education and Skills (North-South Co-operation Section) and the RSC. 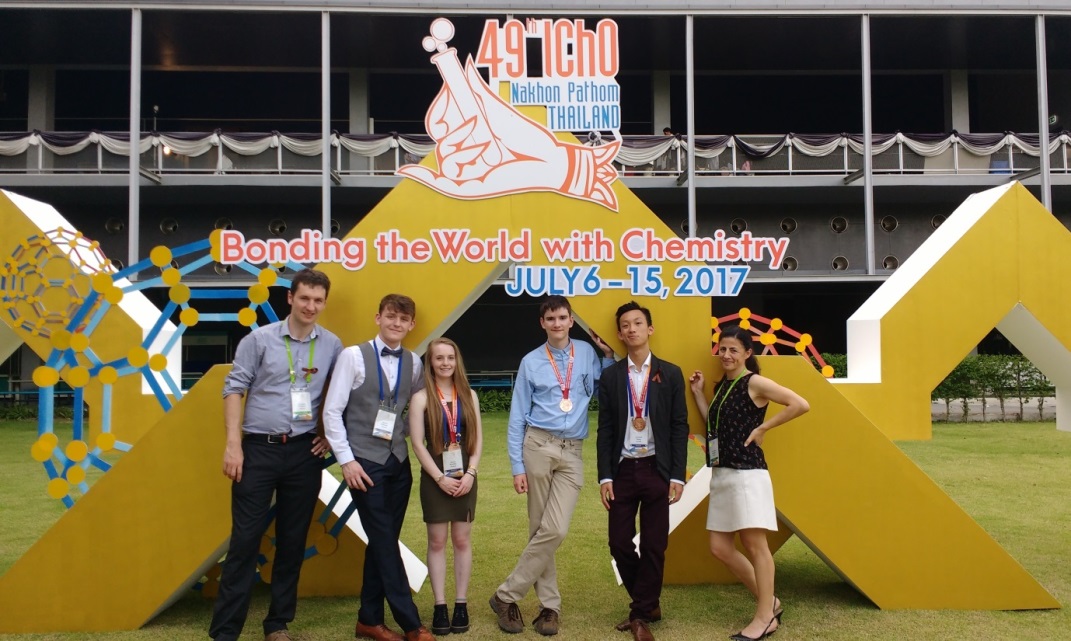 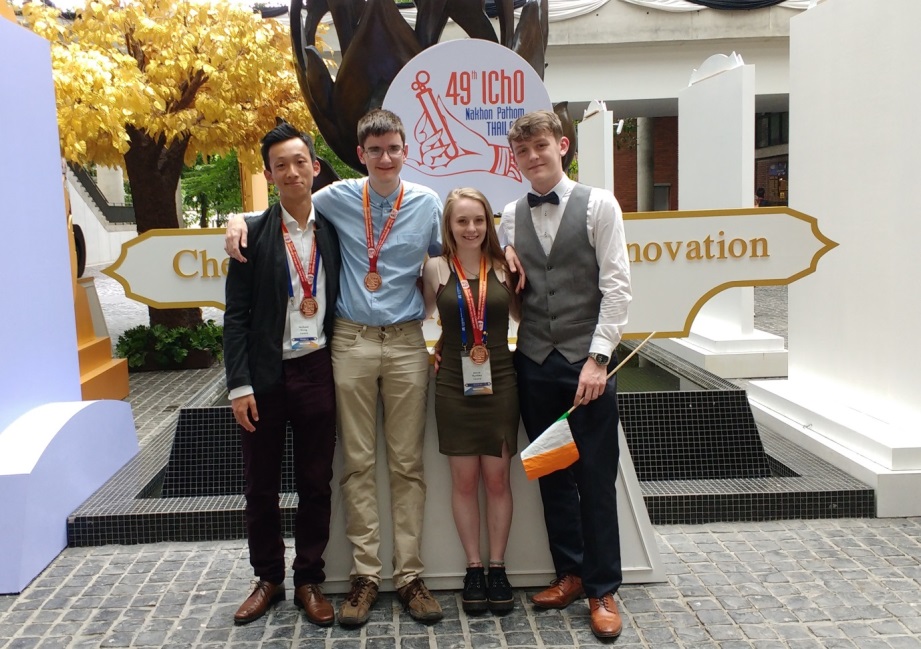