The Chemistry Olympiad Ireland (ChOIRL) is a competition for students located in the island of Ireland in the final year of second level education and who are under twenty on December 31 in the year of the competition.  Students from Northern Ireland (NI) and the Republic of Ireland (RoI) are invited to participate in the competition.

For 2022, the National Finals of ChOIRL are hosted over two rounds (Round 1a and 1b):

The overall winners of ChOIRL will be announced on March 12, 2022.  The following awards will be presented:

National award winners will be invited to attend training for the International Chemistry Olympiad (IChO) remotely and/or in person in Dublin over the Easter break (Round 2). The final team of 4 students to represent Ireland at the 54th International Chemistry Olympiad IChO 2022 will be selected following a further, final examination at the end of the Round 2 training.  IChO 2022 is currently scheduled to take place at Nankai University in Tianjin, China from July 10-18, 2022: https://icho2022.nankai.edu.cn/.  Note that IChO 2022 may be held remotely, like the 2020 and 2021 competitions, if government restrictions in China due to the Covid-19 pandemic dictate otherwise at the time leading up to the dates of the competition.

Further training to prepare the team for the international competition  will take place in late June and early July for the four, successful, selected student participants of Team Ireland.  The details of this training programme will be issued by the Organising Committee in June 2022. 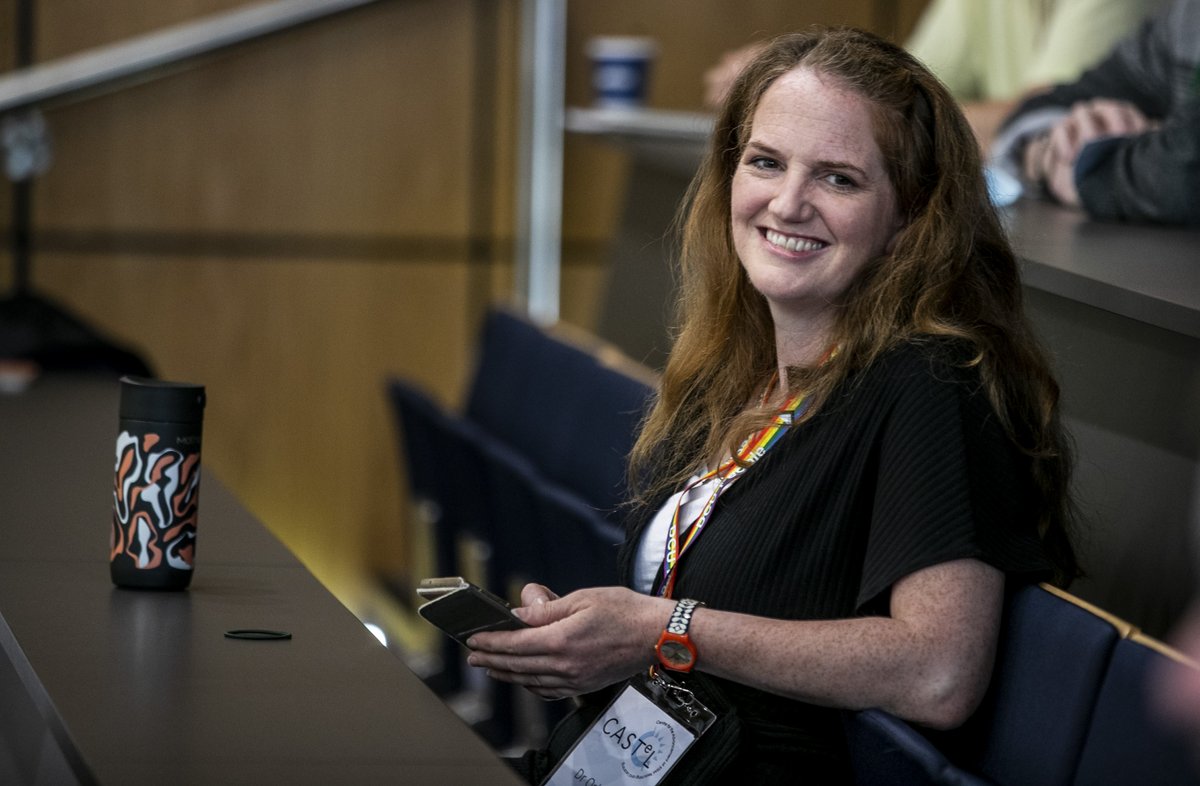 Our conference Chair Dr Eamon Costello @eam0 brings #SMEC22 to a close, summing up some of the keys ideas and hitting home the message of affectivism and growing back better in STEM Education @CASTeL_DCU

Team Ireland achieved its best success to date in the International Chemistry Olympiad (IChO), which was held from July 24 to August 2, 2021. All four competing students received awards, which meant the Irish challenge surpassed all previous achievements in the competition.

The International Chemistry Olympiad (IChO) is an annual competition for the world’s most talented chemistry students at secondary school level. Due to ongoing COVID-19 restrictions, the competition was held remotely in 2021, rather than in-situ in Japan, with nations around the world represented by individual teams made up of four students who were tested on their chemistry knowledge.

The 53rd International Chemistry Olympiad involved a highly challenging five-hour theoretical examination paper run remotely consisting of nine problems, involving very complex chemistry topics. The competition was one of the largest to take place since its inauguration with 312 student participants from 85 countries competing.

The journey for the four students to IChO2021 Japan commenced in the Spring of 2021 where over 210 chemistry students from across the island of Ireland participated in Round 1 of the Chemistry Olympiad Ireland competition. This was reduced down to approximately 50 who competed for national metals and highly commended awards. From this group, Team Ireland was chosen after extensive training during the Easter Holidays and further assessment.

The Irish international delegation at IChO2021 included Dr. Brian Murphy, Dr. Carl Poree, Dr. John O’Donoghue and Dr. Elizabeth Gilchrist, who supported the four Irish students throughout the competition in July and who participated in the International Jury at IChO2021.

In 2017, Team Ireland won 3 Bronze medals at the 49th International Chemistry Olympiad in Thailand. Full details can be seen at IChO Archives. 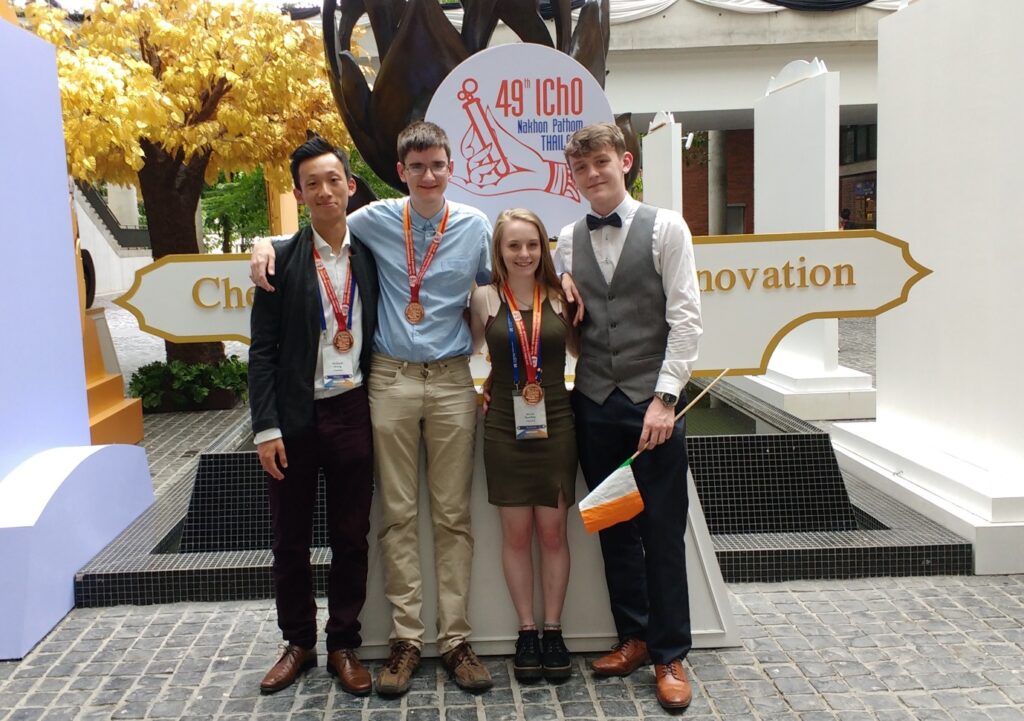