225 Post-primary school students from schools across Dublin and neighbouring counties showcased excellence in science with 111 projects at SciFest@DCU on 5th May 2017.

Of the 111 projects exhibited at SciFest@DCU 2017, the top prize on the day went to Anna Sowrey and Savannah Rose Mc Aule from Loreto Secondary School Balbriggan for their project entitled A Statistical Analysis of the Short Term Effects of The HPV Vaccine.

As one of the 16 regional venues hosting a SciFest science fair, SciFest@DCU showcased the efforts of 225 students from 30 different schools from across the region. Overall, almost 30% of the projects presented were completed by individuals and 75% were completed by Junior Age Category students – that is students in their first two years at post-primary school.

SciFest@DCU co-ordinator and Director CASTeL at DCU, Dr. Eilish McLoughlin, said: “As always, the projects entered by the students in SciFest are impressive, engaging and thought-provoking. Secondary school students from across the region demonstrated their passion for science, technology, engineering and maths, which was clearly evident from the high standard of research that had gone into the entries this year. SciFest is a competition that aims to encourage students to develop an interest in STEM, while prioritising inclusivity and inquiry-based learning. We are proud to support such a valuable programme.”

SciFest is an all-inclusive, all-island science initiative which fosters active, collaborative and inquiry-based learning among second-level students. SciFest is funded primarily by Science Foundation Ireland, Boston Scientific, Intel and Abbott. Commenting on the SciFest@DCU fair Sheila Porter, SciFest CEO said: “2016 was another hugely successful year for SciFest with a record number of students taking part. In total over 8,000 students presented their projects in local and regional science fairs across the country. This year we are celebrating 10 years of SciFest science fairs. In that time the number of students participating has increased five-fold and they have produced an amazing range of subjects across the STEM disciplines. SciFest gives students an excellent opportunity to develop their interest in STEM and inquiry-based approaches to learning, while developing their creative and problem-solving skills and learning to work in a team.”

SciFest@DCU overall winners, Anna Sowrey and Savannah Rose Mc Aule’s, said the aim of their project was “to investigate the short term effects of the H.P.V vaccination that the majority of female students receive upon entering secondary school. Examples of the short term effects that we will be investigating include: dizziness, redness around injection site, headaches and fever. We will also look into the absences which resulted from the vaccine both this year, and in previous years. We carried out surveys to determine the nervousness of students prior to receiving their HPV vaccination, on vaccination day in our school. As well as this we have measured the heart rates of students as they waited to receive their vaccination. In addition to this we handed out surveys to 600 students in our school to record the side effects of the HPV vaccine students in our school experienced”.

SciFest is an all-inclusive, all-island science initiative which fosters active, collaborative and inquiry-based learning among second-level students. It involves second-level students showcasing science, technology, engineering and maths (STEM) projects at a series of one day science fairs held locally in schools and regionally in the 14 Institutes of Technology, DCU and St. Mary’s College, Derry. SciFest is funded primarily by Science Foundation Ireland, Boston Scientific, Intel and Abbott. The winners from each regional science fair go on to compete at a national final in November 2017.

For more information please go to the SciFest website: www.scifest.ie

Science Foundation Ireland funds oriented basic and applied research in the areas of science, technology, engineering, and mathematics (STEM) which promotes and assists the development and competitiveness of industry, enterprise and employment in Ireland. The Foundation also promotes and supports the study of, education in and engagement with, STEM and promotes an awareness and understanding of the value of STEM to society and in particular to the growth of the economy. For more information visit www.sfi.ie.

Dates and venues for SciFest@College 2017 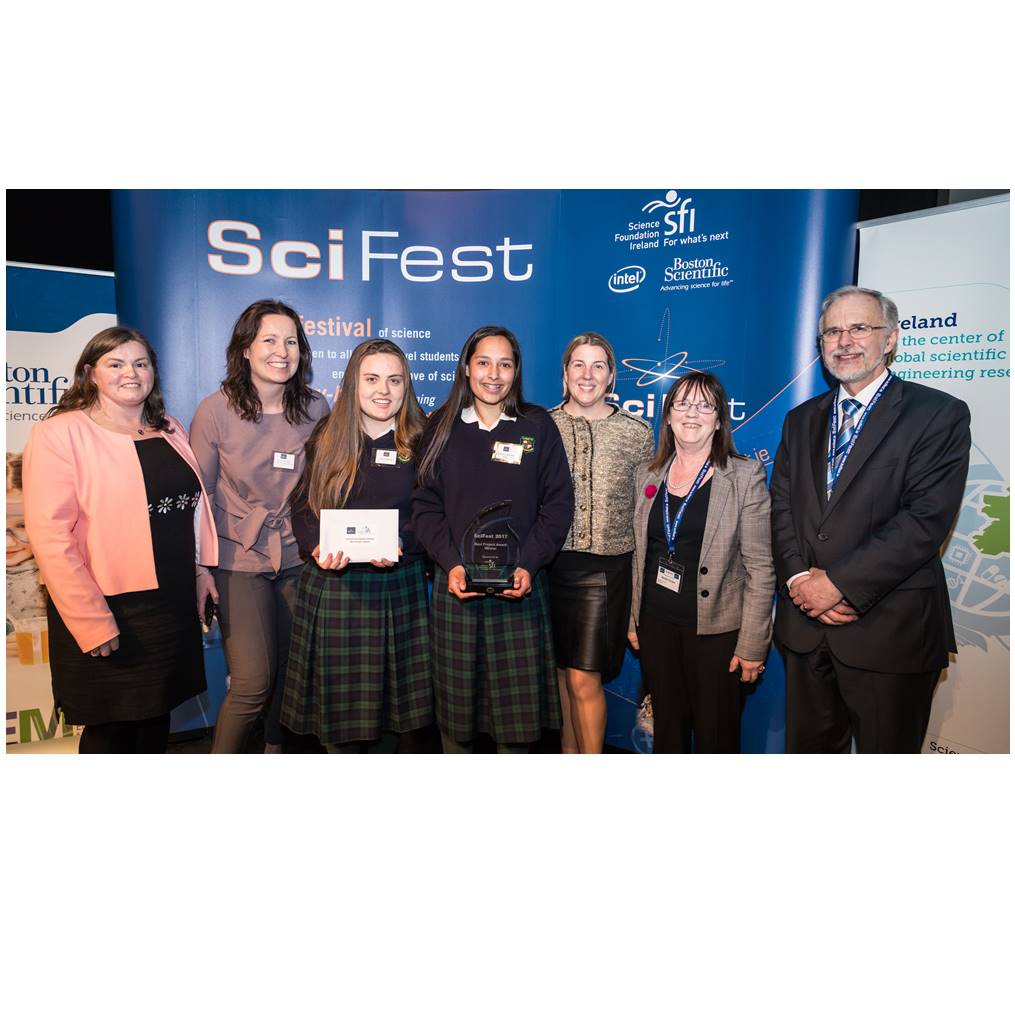